Prior to working in academia, Joel spent 10 years working in the field of Human Resources for Wegmans Food Markets, eventually becoming the company’s first Manager of Leadership Development. Throughout various roles at Wegmans he was struck by the impact that a best in class organization can have on the growth and development of people when they are invested in and treated as renewable assets rather than expendable resources. In 2006 Roberts Wesleyan College afforded him the opportunity to return to his one-time alma mater and facilitate the advancement of service leadership, strategic agility and people development on a broader scale. In addition to his teaching and administration duties for the college, Joel also enjoys consulting across business, church, government and military sectors. He devotes a great deal of time practicing a lifestyle of faith, fun, family, friendship, servitude, learning, and human development and has a wide range of hobbies that range from board games to kayaking and playing disc golf.
Find me on:

As consumers Americans have come to expect an incredible variety of choices… And we’ve got them.  Every day we are faced with increasing numbers of choices:

Most of us began our careers either making widgets of some kind or selling widgets or delivering the services needed to make widgets work.  If our work with widgets was good enough, many of us got promoted into positions of management.   This created all kinds of issues in even the best organizations because widget making, widget selling and widget service delivery requires an entirely different skill set than management.

“It's not hard to make decisions when you know what your values are.”  - Roy Disney

You can't lead others until you can lead yourself. You also can't motivate others unless you can first motivate yourself. The microcosm of the leader as an individual sets up the macro environment around them. Esteemed leadership author John Maxwell sees this fact as critical. In his book The 21 Irrefutable Laws of Leadership,  law number one (of twenty-one) is the 'Law of the Lid'.  What it says is that the capacity of the organization and its people will be largely determined by the capability and motivations of the leader.

In the End Character Trumps Talent

"The function of education is to teach one to think intensively and to think critically.  Intelligence plus character - that is the goal of true education." - Dr. Martin Luther King Jr.

When asked about how to build a winning team, former super bowl coach and champion NASCAR owner Joe Gibbs stated  “Character is first. If you can’t pass the character test, you’ve got a real problem.  And then it goes to smarts.  And then you go to talent.  Those first two, we’ve learned big lessons in the past.”  Across multiple sports, Joe Gibbs has built every winning team he has been part of with this formula.  So just how is it that character trumps talent and intellect?

“The future is something which everyone reaches at the rate of sixty minutes an hour, whatever he does, whoever he is.”  - C. S. Lewis

Great and effective leaders know that time is the most precious commodity and resource they must manage and leverage.  This is because unlike money, energy and talent, time is not a renewable commodity or resource. You only get to spend it once and how time is spent determines the bulk of life’s most significant outcomes.  When leaders are good stewards of time, they are content with the present, benefit from their past and establish preferred futures.

Amidst all kinds of interest these days in things like renewable energy sources and personal wellness, one has to wonder why we don't see more written in the popular press on the subject of renewing people.  It is a discussion that should be facilitated by leaders. Author Robert Greenleaf is credited with coining the term 'servant-leadership' and one of the ten characteristics that he deemed critical to servant-leadership is 'healing and serving.'  In defining this healing trait he went on to say that "...implicit in the compact between servant-leader and led [those he or she leads], is the understanding that the search for wholeness is something they share" (Greenleaf, 1991, p. 27).

Historical Reflections on the Value of Followership by Dr. Joel Hoomans

Lessons in Leadership: Rest or Fail by Dr. Joel Hoomans

Several years ago I recall hearing a manager tell an emotional employee to leave her “personal problems at home” – as if she could actually divorce the trauma of her personal experience from her work persona. I recall thinking how insensitive and ridiculous that request was. Of course it is impossible to segregate our emotions, conscience, thoughts, etc., simply by the locale of our physical being. These things stay with us no matter where we go. As human beings, we are a complex composite of physical capacities, perspectives, interests, talents, experiences, wounds, weaknesses, willfulness, values, and ethics which accompany us across our destinations and shape the way we act and interact. 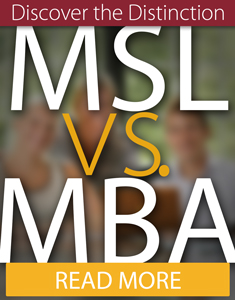