How To Quit Being A Boss

Everyone has experienced different bosses who embody diverse managerial styles:
autocratic, transactional, democratic, visionary, coaching and the list could go on. Sure, bosses or managers may get the work done when the day concludes but does their work extend beyond their basic responsibilities to produce? Would you consider your boss to be a leader of your team or organization? Do they invest in YOU? The ultimate compliment from an employee is when he or she refers to you, their boss, as a leader. Servant leadership is a holistic style approach that invests in individuals. Results from servant leadership are astounding, and I can speak from first- hand experience, when led by a servant leader, it is life changing and addicting.

Being a Servant Leader

The key to a servant leadership style is first and foremost to be a servant and invest in those you are leading. As Greenleaf stated (2008), “The servant leader is servant first. It begins with the natural feeling that one wants to serve, to serve first. Then conscious choice brings one to aspire to lead” (p. 15). When I started my career, my first three years of a “real” job consisted of three managers whose styles were laissez-faire, autocratic and transactional, respectively. It was not until I began working for a leader, Niles who exemplified a servant leadership style that
I noticed not only my career began to flourish but I did as well. Admittedly, when I began working with Niles, I had no idea what a servant leader was or the impact it would have on my life moving forward. It was not until years later I began to draw the connections. Niles exemplified the characteristics of a true servant leader which was why he was so effective within our organization. Vision, recognizing possibilities, authenticity, and teamwork are key characteristics seen in a servant leadership style which ultimately leads to the investment of others.

Vision, Niles had vision. Not only was he a master at strategy but he allowed his direct reports to sit in on meetings to hear developments on the organization's strategy. I had always wondered why he allowed individuals who were not in direct decision making power to be part of the higher level thinking. Eventually, Niles explained if he could expose his team to the bigger picture as to where he envisioned our department in one, three and five years it would cultivate greater understanding to all of his team members daily work and how they could be part of helping achieve the greater mission. A servant leader will help those around him or her learn how they fit into the greater mission of the organization which creates relatability and conveys value to those being led.

As a leader, Niles also identified what made each of his direct reports feel alive. He recognized the possibilities in each individual he led and implemented a development plan which leveraged each person’s strengths. Jones indicated (1995), “Jesus saw everything – and everyone – as being alive and full of possibilities” (p. 82). Servant leaders recognize each individual as exactly that, an individual, and can identify how he or she can achieve goals they did not see themselves. Commitment to the growth of others is critical and is invaluable to those being led. A great opportunity to do so is during annual performance reviews. Take the time to develop goals with your direct reports, work on brainstorming individually and then together as a team. Niles created buy-in by using his rule of three for all individual annual goal planning sessions. The rule of three encompassed three types of goals: professional goals, reach goals and personal goals. He instructed all of his direct reports to list a goal which would fit into each bucket, and he would do the same for each of his employees. Niles would then meet with his team members and discuss what goals they had written down. Funny enough, in 2014, Niles’ personal goal which he had written down for me was “go back to school and complete your bachelor’s degree.” Meanwhile, my personal goal was to “complete more educational excel classes,” lame. In 2018, I completed my bachelor’s degree because of this planning session; he saw a possibility that I had not.

A servant leader exudes authenticity. Zenger and Folkman (2009) noted that “leaders need to find their natural strengths and not be forced into an unnatural mold created by the organization” (p. 201). Being comfortable with one’s strengths while leveraging specific qualities and admitting to aspects that are not strengths allows for relatability. Niles shared his successes but also shared his failures which he turned into teachable moments during monthly team meetings. Authenticity is also shown by not deviating from one&#39;s morals and values. When interviewing with Niles, I remember he shared his top five values with me: faith, family, friends, work-life balance, and developing others. He explained how his daily decisions revolve around these five values and how he refuses to become involved with anything that would compromise them. I remember the impact this conversation had on me, I had barely known Niles for 30 minutes, and he candidly explained what drove him every day. His approach was refreshing and inspiring.

Lastly, servant leaders do not use “I” or “me” when recounting accomplishments. A
servant leader sees the value in accomplishing a goal through teamwork. Teamwork has a direct correlation with trust which hinges on authenticity. As Zenger and Folkman (2009) stated, “Our analysis on the competency companions to teamwork revealed that having trusting relationships is strongly associated with good teamwork” (p. 185). Niles was a wonderful example as to how to give credit to those around him. He took advantage of any moment he could to praise his team
and the work that was accomplished through working together. Niles was always talking about his team which caused colleagues in other departments to apply to open positions on his team; he was like a magnet to individuals who wanted to accomplish great things.

Go beyond basic responsibilities and invest in your employees, be a servant leader. Have a vision, see possibilities in others, be authentic, and value teamwork. My connection with an individual who showed me what servant leadership looks like has been life changing not only on a professional level but a personal level as well. I had the pleasure of being led by a leader who cared and invested in my personal growth which has catapulted me in a direction I never thought was possible. Now, because of my personal experience, it is my mission to pass on what I have
experienced through servant leadership. Helping develop others is the greatest accomplishment I believe one can have. Make sure your employees describe you as a leader, not as their boss or manager. It will be the ultimate compliment you can receive.

Greenleaf, R. K. (2008). The servant as leader. Westfield, IN: The Greenleaf Center for Servant Leadership. 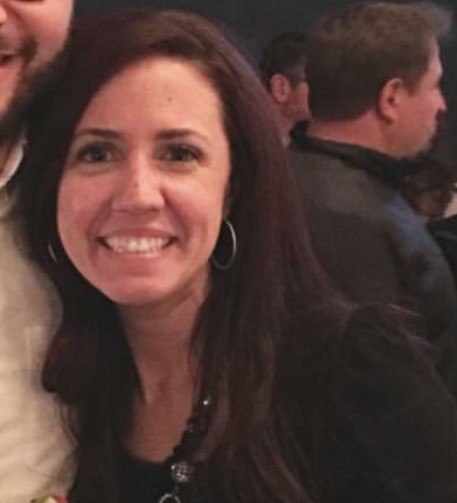