Should Cancel Culture Be Canceled?

Imagine this: You are talking with friends and family and during the conversation, you mention eating at Chik-fil-A. Immediately, a couple of friends get visibly upset and start accusing you of being an awful person for supporting such a business. They say they don’t want to talk about it and storm off. Throughout the week, you try calling and texting them to hang out but they don’t answer your calls and they give one-word text replies that state they’re busy and can’t hangout. Later, you find out from another friend, that they are upset that you eat at Chik-fil-A because of their stance on the LGBTQ+ cause. They’ve assumed you support Chik-fil-A’s position on the matter and therefore, they don’t want to be friends with you anymore; they’re “canceling” you. By the way, the whole time you just thought you were eating good food.

So, What is Cancel Culture?

One way to describe cancel culture is taking away someone’s power and/or withdrawing support of them due to their comments or behavior. Typically, their comment is seen as controversial, problematic, and/or offensive and the other person does not agree. Not only do they choose not to support that person anymore, but they also choose to call them out publicly, so others cancel them as well and therefore, cut ties with that person. It started with TV networks and social media platforms canceling contracts and speaking engagements with public figures as the networks’ values did not align with the person’s statements and/or behavior. Just as people would boycott a business, they are now boycotting a person. Lately, it has become even more personal since people are canceling friends and family members by unfriending them on social media, not talking with them in person, and even not attending holiday gatherings with them, all as a reaction to something they did or said that they didn’t agree with. I have not experienced this myself, but I have seen this happen often, especially lately. I have a few friends that had family members decline invitations to family Thanksgiving gatherings due to their disagreement on politics.

Is the hope that the person will become more empathetic towards those offended and come to a mutual understanding? Are they supposed to educate themselves and apologize? Or is it driven by emotions and supposed to hurt the person in return? Sandel (2009) discusses looking for and evaluating the motive. What is the reason for what we do and say? By asking the why behind reactions you can reach the motive, which can lead us to the heart of the issue, and in turn a better solution than cancel culture. I can’t speak to every person’s motive for canceling someone they didn’t agree with, but I can say much of what I’ve observed on social media seems to be people reacting out of their emotions. People express in their post, feeling hurt, angry, sad, you name it because of the person’s comment and want nothing to do with that person anymore. Have you ever said something out of frustration that you really didn’t mean and regretted?

Being a leader in change against cancel culture can start with being a role model of emotional intelligence. Johnson (2018, pp. 298-299) discusses emotional intelligence and says it “consists of awareness and management of personal emotions and recognizing and exerting influence on the emotions of others. Johnson suggests that emotionally intelligent people and groups are more effective and productive as they have astounding self-evaluation skills and can recognize disruptive and unhealthy behaviors and provide support as needed.

Johnson also compares defensive and supportive communication. If you feel threatened, it affects your ability to trust the speaker and continue listening or at least listening accurately. When feeling this way, some may think about winning and others about protecting themselves (Johnson, 2018, p. 296). Supportive communication is when people take their time to understand the message and this will promote a more positive emotional climate. As leaders, we can help role model healthy behavior and responses. As Maxwell (2018, pp. 71-79) states, the true test of a great leader is the influence that we have as a representative for positive change. We have to be willing to go through the process of leading others involved in making the change as it won’t happen overnight. If you feel defensive, you can ask yourself why you are feeling defensive, and what if those emotions are clouding your interpretation? What if you’re misunderstanding the person’s message? Have you ever been misunderstood? Are we giving people a chance to explain what they meant and share their perspectives if we don’t have an open dialogue before canceling someone? Cancel culture eliminates discussion, restricting the opportunity to learn from one another, hearing other’s perspectives, correcting a misunderstanding, and allowing room for growth.

Misunderstandings are very common and happen to everyone every day whether it is noticed or not. Even when speaking the same language, people have different perceptions of the same word. For instance, the word friendly. It is commonly referred to as being nice and affable. However, it’s also used to describe someone that is overly affectionate with a negative connotation. For this reason, we should seek more clarification of the speaker’s meaning of the message that they are trying to convey. Too often, we can assume what the other person means. The other day, I was talking with a few married friends who expressed frustration with their spouses for arguments due to misunderstandings. Instead of talking through it, they just got frustrated and walked away, ignoring the problem and moving on. Many times, they see the same problem resurface. Have you had this happen to you? Listening and seeking clarification is a skill to be practiced. Johnson discusses comprehensive listening as being motivated by the need to understand and retain messages. We can’t assume, but instead try to understand the message being communicated (Johnson, 2018, pp. 294-296).

The Effects of Cancel Culture

What are the effects of cancel culture? Is this helping society? Cancel culture seems to fit the theory of ethnocentrism which refers to the thinking that one’s group is superior to others (Johnson 45-46). This leads to unhealthy responses such as engaging only with people that are similar to us. Cancel culture also lacks moral imagination (Johnson, 2018 p. 47) which facilitates ethical reasoning by opening one’s perception. To counter this, we can practice sensitivity to the different levels and magnitude of a situation, listening to different perspectives and new ideas that can lead to more cohesive solutions.

A few problems that cancel culture lead to include isolation, intimidation, and fear. Johnson says that few challenge ideas because of being “publicly shamed, demoted or dismissed” (Johnson, 2018, p. 332). Knowing that you could be canceled for sharing your opinion can deter you from speaking up and retreating into silence. Speaking for myself, I have been in situations where I didn’t speak my opinion out of fear that the other person will disagree and then “cancel” me. However, when evaluating the conversations that I appreciate and grow from, it is not just the conversations where everyone agrees. It’s the stimulating conversations where people have introduced me to different perspectives, new ideas, and interesting thoughts that encouraged me to reconsider my position. It is not about getting the other person to agree with me but challenging one another to consider different perspectives. This leads me to a question: are we okay with agreeing to disagree? If someone believes in and supports something that we don’t, can we still be respectful of one another? It doesn’t appear to me that cancel culture encourages respect for different opinions.

As Johnson (2018) states, to succeed in a group, members need to cooperate, engage in higher-level reasoning, and more critical thinking (p. 292). This is the same for society. What happens if we don’t challenge one another to think critically; think outside our comfort zone and gain new perspectives. Again, this does not mean that we need to agree on everything. We should be able to respect one another enough to have an open dialogue about each of our experiences that have shaped our beliefs and values which, in turn, led us to our conclusion regarding the situation at hand.

A Limit on Freedom of Speech

Another problem this brings up is the violation of freedom of speech. We live in a society that promotes the opportunity to live as you choose and speak about your beliefs, values, thoughts, and ideas freely. Cancel culture opposes freedom of speech as it mutes people’s perspectives and thoughts. I am not in any way condoning people that are hateful, racist, threatening, etc., but there should be steps taken before canceling them.

What Can We Do?

In conclusion, I think cancel culture should be canceled. It is admirable to advocate for yourself and others. But at what cost? Do you cut people out of your life for not believing or valuing the same things? If someone is spewing hateful words, how is that person supposed to open their mind to a different perspective if they are canceled? I think it is much more valuable to listen and educate one another by sharing experiences. Let’s be more open to agreeing to disagree; aiming for understanding and even considering the option of changing our views on situations. I encourage all of us to stay curious and open ourselves up to alternative viewpoints; having an open dialogue about situations and asking questions to seek a better understanding of one another all while respecting each other’s freedom to live as we choose. 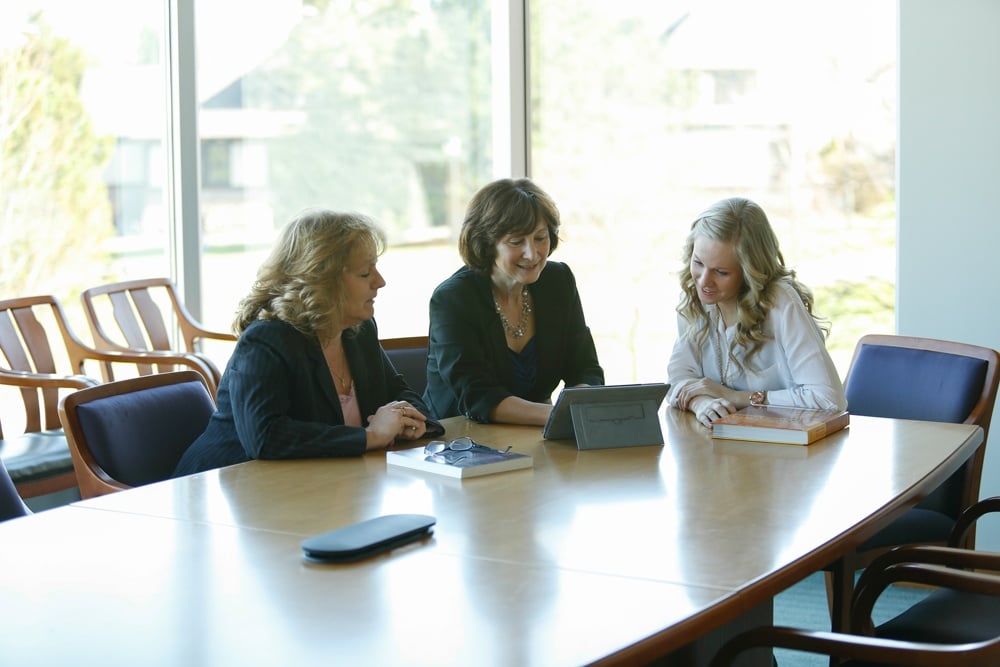 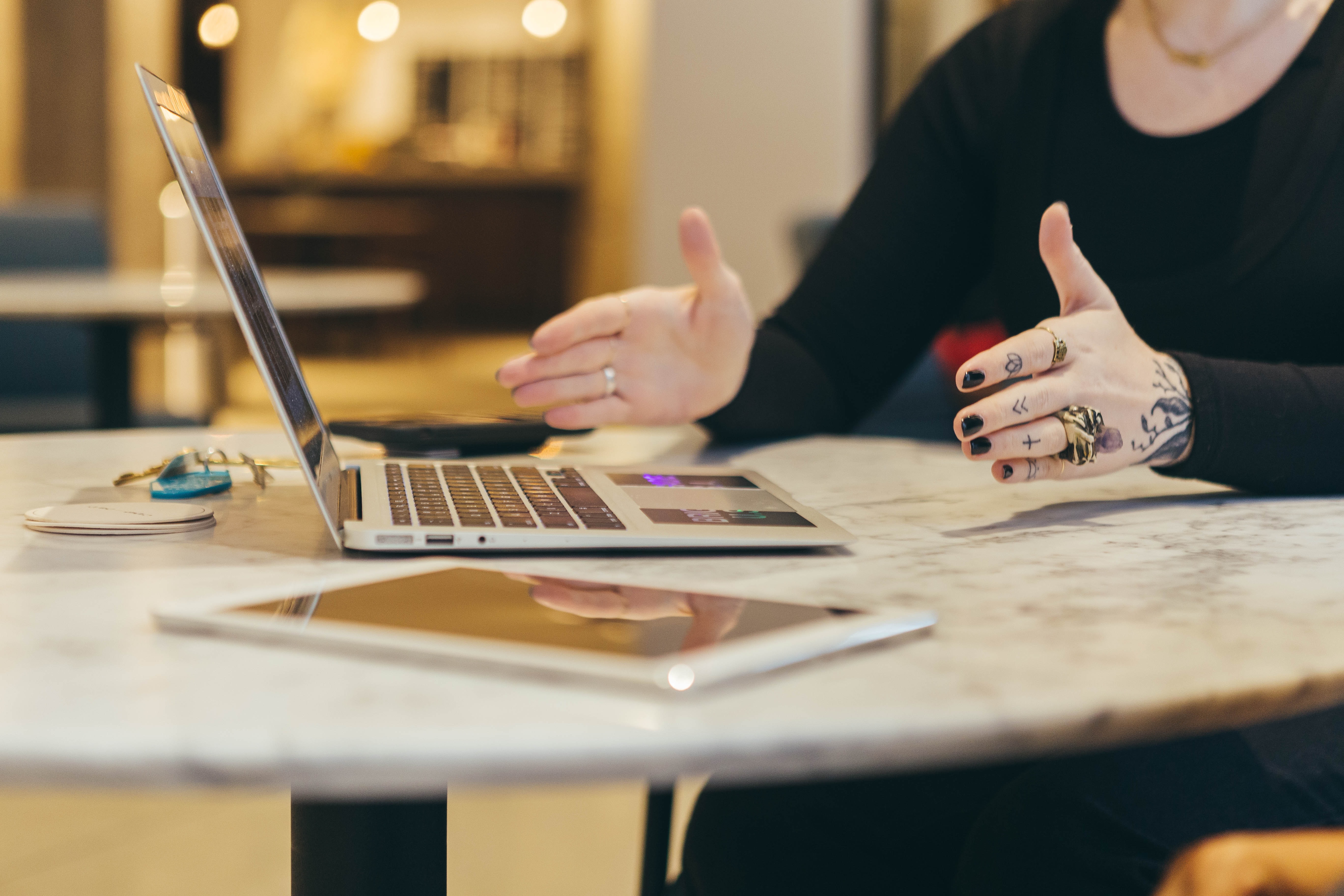